How Does a Liquid Facelift Really Compare?

Men and women are always looking for new and improved alternatives to traditional facelift surgery, and truthfully, it is not difficult to see why. Even with all of the benefits that a facelift offers, there is no way to eradicate the fear of surgery.

Facelift surgery is invasive, and it requires patients to accept the risk of the potential side effects like infection, bleeding, and even potentially anesthesia-related complications.

Although these risks are increasingly rare, they cannot be ignored. For patients that find this fear too overwhelming, an alternative facial rejuvenation procedure called a liquid facelift is available. 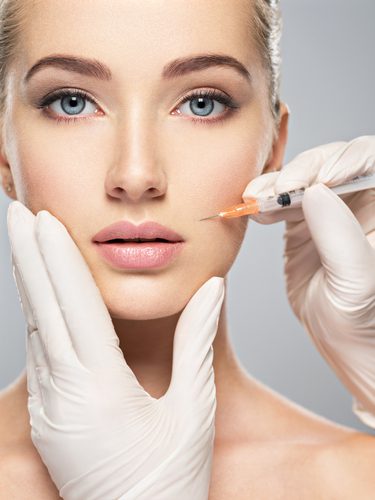 The Causes of Facial Aging

Facial aging is something that every individual will experience at some point in their lives regardless of how well they took care of their skin in their youth.

Unfortunately, there is nothing that can completely prevent the skin and the underlying tissues from deteriorating. Your tissue loses elasticity, and your body produces less collagen and hyaluronic acid (the two chemicals responsible for facial fullness) as you age. The result is the degradation of your facial features: tissue thins and facial lines deepen around the nose, mouth, and cheeks.

A Traditional Facelift Versus the Liquid Facelift

What Is the Difference?

A traditional facelift reduces or eliminates visible signs of aging on the lower face, jawline, and neck. This surgical procedure makes a series of incisions, which are used to manipulate the facial tissue.

The incisions typically begin at the hairline and run down and around to the back of the ear. An additional incision beneath the chin can be made to help patients with neck laxity.

On the other hand, a liquid facelift is a series of dermal filler injections. These injections gradually replace the volume loss that contributes to visible aging. Dermal fillers like JUVÉDERM®, Restylane®, RADIESSE®, BELOTERO BALANCE®, and Perlane® smooth wrinkles, fill facial hollowing, and plumpen lips by attracting moisture and stimulating collagen production.

Unlike facelift surgery, a liquid facelift only requires a topical anesthetic, avoiding the risks of general anesthesia.

Who Is a Candidate for the Liquid Facelift?

How Does the Recovery Compare Between Traditional and Liquid Facelifts?

Traditional facelift patients will experience facial bruising for three weeks and swelling for six weeks. Most facelift patients require a week or two off work and at least a month of reduced physical activity.

Liquid facelift patients can return to work immediately and resume high-impact activities within 24 to 48 hours. While there is a chance of bruising, swelling, redness, and tenderness following the liquid facelift, these side effects traditionally dissipate within a few hours to a few days.

Are the Results the Same?

Both a liquid and traditional facelift can help patients with moderate to severe facial aging regain a rejuvenated facial contour that will remain visible for years to come.

A traditional facelift is a one-time surgery that typically requires no follow-up treatment. A liquid facelift will require a series of initial treatments followed by occasional touch-up sessions.

If you believe that you may be a candidate for a liquid facelift, contact Dr. Goldschmidt to set up a consultation by calling (216) 350-3175 or by filling out our online contact form.

Before and After Photos - individual results may vary – Some images may be models.
Site Design By Plastic Surgery Studios